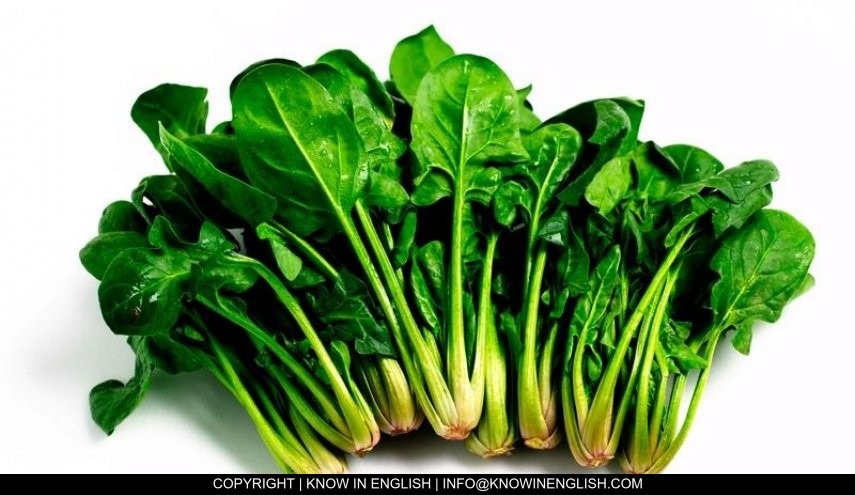 Spinach is one of the green leafy plants, which belongs to the Amaranth family, and its scientific name is (Spinacia oleracea). Spinach has its origins in Iran, but the most productive countries today are China. And in the United States of America, spinach is distinguished by having many nutrients beneficial to health, and it contains few calories, and therefore it has been used in many civilizations throughout history, it has been common in the Mediterranean and Middle East diet, as it has been included in many Of dishes prepared in Southeast Asia.

Spinach provides many health benefits to humans, including:

The nutritional value of spinach

The following table shows the nutrients available in one cup, or 30 grams of raw spinach:

Warning against the use of spinach

Despite the many benefits of spinach, there are some people who warn against taking it, and we mention from these people: