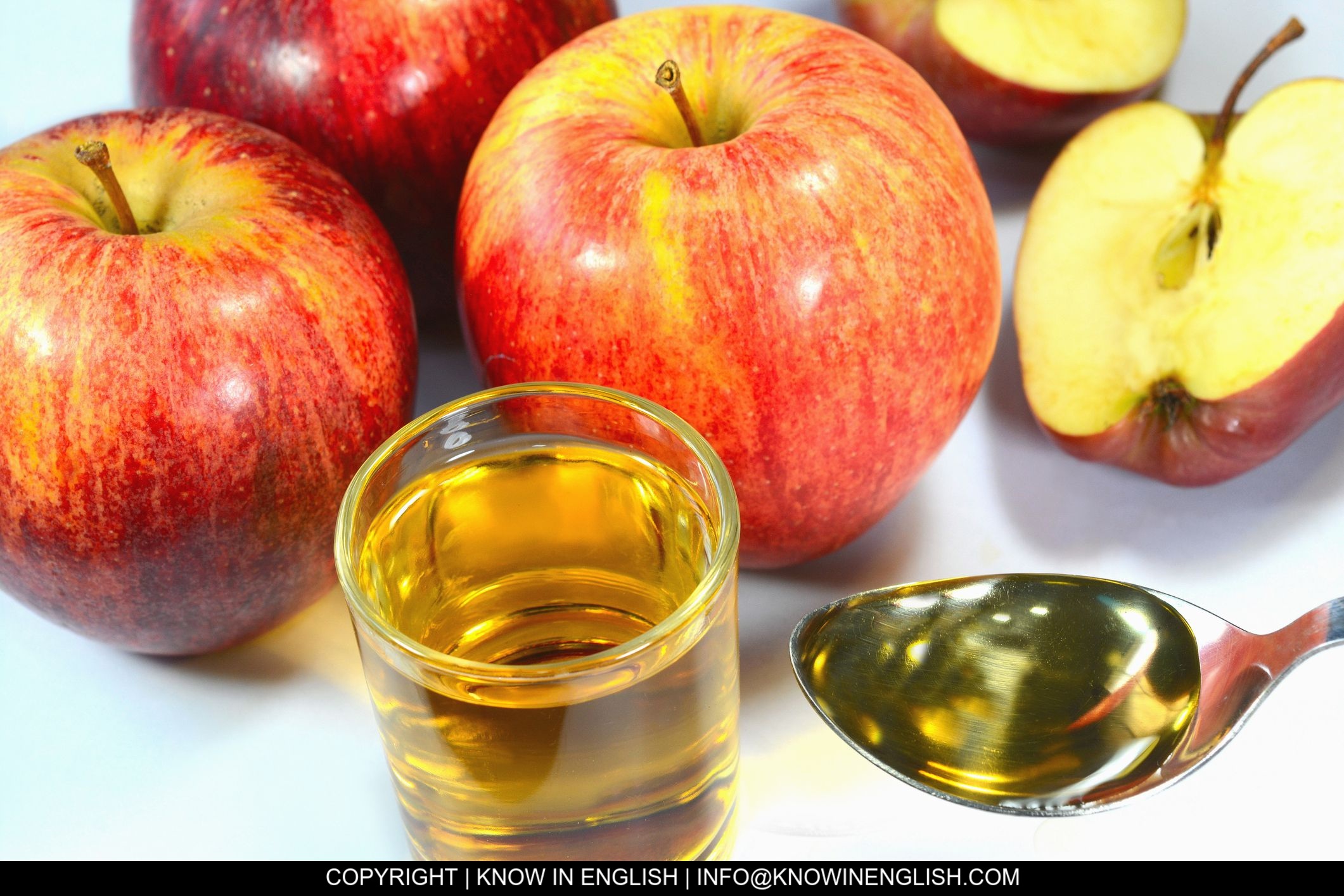 It is vinegar resulting from fermenting apple juice, but adding yeast to it turns the fruit sugar in apples into alcohol, and this is called fermentation, as bacteria convert alcohol to acetic acid, which gives vinegar its sour taste and strong aroma, and vinegar is marketed Apples that have been treated to prevent spoilage in sealed cans or bottles, are indicated as being relatively low in protein, fat, and vitamins, such as vitamin C and vitamin A, and they also contain an average amount of carbohydrates.