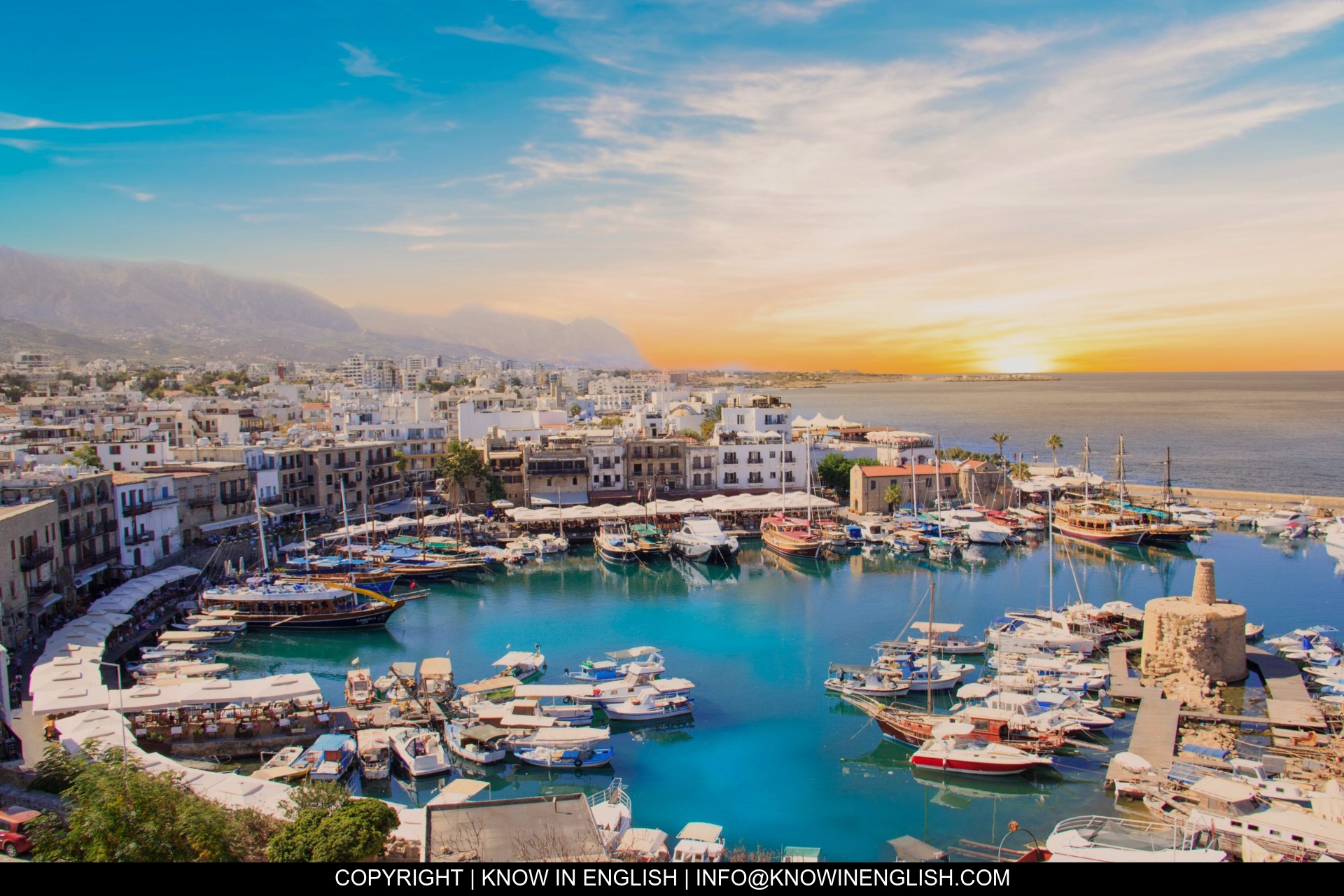 Cyprus officially known as the Republic of Cyprus is an island located in the Mediterranean Sea to the south of Turkey, and it is a fully independent country. Cyprus is considered the third largest island in the Mediterranean, after the Italian islands of Sicily and Sardinia, and the name Cyprus comes back to the Latin-Latin origin, where the name of this island was derived from the Latin name (Cuprum), and this Latin translation is derived from the English name (Copper), where This island was known for its copper mining due to its abundance in it. The capital of Cyprus is the city of Nicosia, and it has been a member of the European Union since 2004 AD. It also joined the group of countries that use the euro as its currency.

The island of Cyprus is located in the east of the Mediterranean Sea, 113 km from the southern coast of Turkey, and 120 km from the western coast of Syria, and its maritime borders share with Greece, which is to the west of the island, and Egypt, which lies to the south of the island, Palestine, and Lebanon East of Cyprus. Geographically, Cyprus is located in the Middle East, but politically it is affiliated with the European Union, and the city’s coordinates extend between longitude 35.2251 ° N and latitude 33.6124 ° E. The total area of ​​the island is 9,251 km2.

Enjoy Cyprus Mediterranean climate, which is characterized by volatility and clear between the seasons in terms of the intensity of rainfall and temperatures; in the summer extends from mid-May until mid-September is characterized by the climate in which the atmosphere is relatively warm, the month is July more months heat, where reaches the highest average For temperatures in it to 36 ° C, while the winter from November to mid-March is described as moderate, January is considered the coldest month in Cyprus, where the average temperature in it reaches 10 ° C, and the island receives a good amount of rain in winter in particular, and the amount ranges Flew depending on the different areas on the island, and the average annual precipitation rate in Cyprus to 480 mm.

As for languages, several languages ​​are spread on the island of Cyprus as follows:

The history of the island of Cyprus dates back thousands of years, where archaeological evidence found on the island indicates that the civilization of Cyprus dates back to 11,000 B.C. From them, the island gained its Greek identity, followed by the Phoenicians who settled in the island in the middle of the 9th century B.C., then the Assyrians ruled it, then the Egyptians, then the Persians between the 8th and 4th centuries B.C., and in the first century BC the island was united under the rule of Evagoras, king of the Kingdom of Salamis And it became a leading center for Greek civilization and politics. Alexander the Great visited Macedonia, became part of his empire, and after his death, she joined the rule of the Hellenistic state with the Ptolemies of Egypt.

Later on, the island became part of the Alexandrian Greek world between 310 BC. – 30 BC, but the Blame abolished the unified system of Cyprus, making Paphos the capital, and between the years 30 BC. -330 A.D. Cyprus became part of the Romanian state, at which point the Christian religion entered the island, then between AD 330 and 1911, it joined the Byzantine state. During the two periods, the island retained its Greek identity and did not abandon its culture derived from Greece, including its language. Between the years 1191 AD – 1192 AD, Cyprus fell under the rule of Richard I of England, then between the years 1192 AD – 1489 AD it joined the Venetian Republic, and when the Ottoman Empire took control of the countries of the region, the island fell under its rule between the years 1571 AD – 1878 CE.

In 1878, he handed over the Ottomans Cyprus British forces in accordance with the agreement of Cyprus, in exchange for maintaining Britain on the list on the island of the Ottoman Empire and defend against Russian attacks, has remained the island part of the Ottoman Empire officially until World War I, when the state stood Ottoman in a row Germany, was undertaken Britain is the island under its rule. In 1923, Turkey abandoned all its rights in Cyprus under the Treaty of Lausanne, and the island was declared part of the British colony in 1925. Then, the inhabitants of Cyprus sought to liberate from the British occupation and join Greece, and in 1955 AD national liberation movements began. On August 16, 1960 AD, Cyprus gained its independence, and the first president was elected.

In 1963 AD, conflicts between the Greek majority and the Turkish minority began, and violence began in the capital. In 1964, intermittent inter-ethnic violence continued, forcing most Turks to congregate in provinces across the island. Events escalated in 1974 when the Turkish army supported an attempted coup against the elected president, and the result was Turkey’s control of 36.2% of the island. After these events, the parts that fell under Turkish control declared themselves as “the Turkish Republic of Northern Cyprus” in 1983, but they did not It is officially recognized only by Turkey, despite several attempts by the United Nations to resolve the conflict and reach a joint agreement between the two parties, but all attempts were unsuccessful.

The tourism sector is considered one of the most vital sectors that contribute greatly to the Cyprus economy, supported by the beautiful beaches and its favourable climate for tourism throughout the months of the year. The historical attractions of the island are also an important tourist attraction, as it shows the ancient history that was established on the island. Among the most important landmarks on the island: